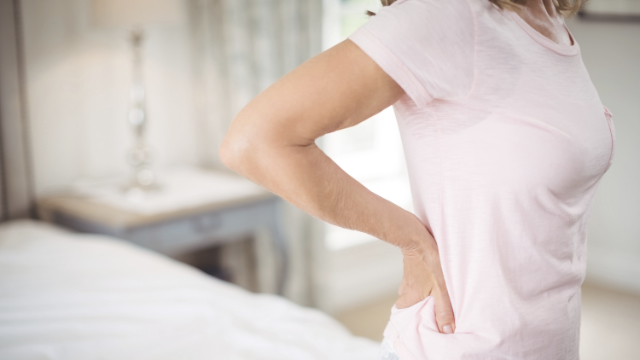 There are few musculoskeletal conditions that can compete with back pain when it comes to sheer numbers. As one of the most common reasons for visiting a doctor, about 25% of Americans have dealt with back pain in just the past three months, and up to 80% of the population will encounter it at least once in their lives. Unfortunately, this means that if you’ve never dealt with back pain, there’s a strong chance that you will at some point in the future.

One of the more common causes of back pain is a herniated disc, which involves the intervertebral discs that lie between each vertebra of the spine. These discs consist of a tough exterior and are filled with a jelly‐like substance, and their purpose it to absorb shock and prevent the bones of the spine (vertebrae) from rubbing against one another. But when the softer jelly‐like substance of the disc pushes out through a crack in the tough exterior ring, it’s called a herniated disc, which can lead to pain, numbness, and weakness.

These findings show that the vast majority of patients with low back pain from a herniated disc were successfully treated through conservative interventions like physical therapy. For those that did not experience positive outcomes, other factors may have been at work, such as the use of opioids or not undergoing enough physical or occupational therapy sessions. We therefore continue to encourage patients with low back pain to see a physical therapist first and complete the recommended course of treatment before considering surgery.

The information in the articles, posts, and newsfeed is intended for informational and educational purposes only and in no way should be taken to be the provision or practice of physical therapy, medical, or professional healthcare advice or services. The information should not be considered complete or exhaustive and should not be used for diagnostic or treatment purposes without first consulting with your physical therapist, occupational therapist, physician or other healthcare provider. The owners of this website accept no responsibility for the misuse of information contained within this website.